Essentially, any Stud component such as rods, bars, studs have threads located either externally or internally and can be used to join another component without the need for welding. Joints formed by threads have high integrity and are very secure. 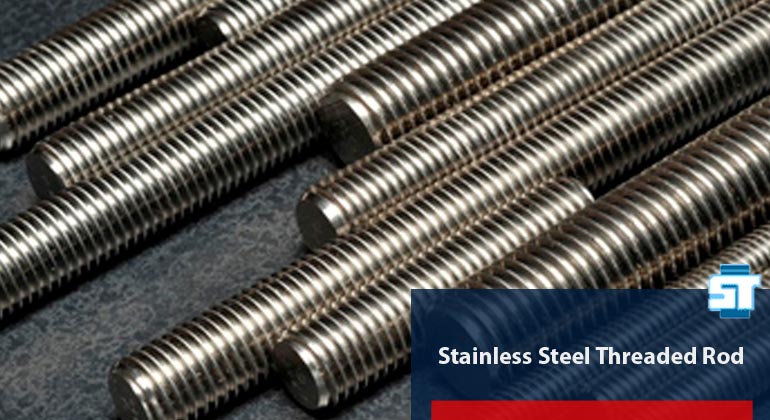 Usually, a ss 304 threaded rod is used in those areas where other methods of joining are not considered to be successful or risky. Or the place to conduct joining operations is really small. Used across multiple sectors, the corrosion resistance property of the ss Stud bar, in fact, any of its properties will depend on the alloy it has been produced from. For instance, a ss316 Stud, which is known as marine grade will be used when high tensile strength and good corrosion resistance are deemed to be important for that particular application. Chiefly used as lead screws, the ss acme Stud is used to translate turning motion into linear motion for applications involving machines, tools, and for heavy load, work as well. As the name suggests, the ss double end studs have ends that are threaded equally on both sides, as they are intended to be used for high strength bolting. You can click here to get more info on the ss threaded studs sizes.

Is threaded rod strength is higher than Studs

A threaded rod is a kind of a fastener, which can be used to fasten together or connect different materials, by performing a tightening action with its rotational movement. This being said, a threaded rod is essentially similar to a stud. The only difference being is their size, while studs are shorter in size. Both threaded rods, as well as studs, have the ability to achieve much more accurate torque values. The accuracy has been attributed to the lack of twisting on the part of the studs or threaded rods during tightening. Both these fasteners are cheaper and prove to be an economic value to its users. In terms of strength, while both the threaded rod and studs can be produced from different materials such as carbon steel, alloy steel, stainless steel, Inconel etc to name a few. While stainless steel grades are much stronger in comparison to alloy steel or carbon steel grades, Inconel and Hastelloy threaded rods and studs have a higher tensile strength. This would mean that their tensile and yield strength properties would be dependent on the alloy used to manufacture these fasteners.